The ACS GCI Pharmaceutical Roundtable has identified key synthetic chemistry and process research challenges whose solutions would result in more efficient pharmaceutical process development and production. To spur research in these areas, the Roundtable created and maintains a research grant program, whose impact over the years has been recently documented. The Roundtable also advocates for targeted green chemistry and engineering support to academic and government labs from international and U.S. federal funding agencies.

Over $2.4 million dollars (US) have been funded by the ACS GCI Pharmaceutical Roundtable since their grant program began in 2007. Each Spring, new Request for Proposals (RFPs) are issued for different key research challenges faced by the pharmaceutical industry.

The Spring 2020 RFPs have been awarded and RFPs are currently closed. If you have questions, please email gcipr@acs.org.

In 2007, the Roundtable published a seminal paper outlining the most relevant and promising green chemistry research areas within the pharmaceutical industry. The paper provides industry insight for academic researchers interested in pharmaceutical research and has been widely cited.

The Roundtable published an update to this paper in 2018:

To date, 28 research programs have been funded globally on topics such as C–H activation, flow chemistry, biocatalysis, novel catalytic transformations, base metal catalysis, and solvent substitution. From these research projects, 73 peer-reviewed publications have resulted with over 1700 unique daughter citations (see reference below). 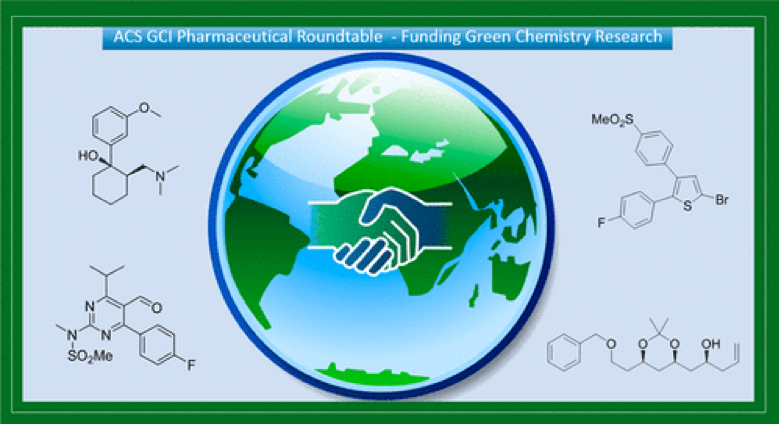 In addition to the publications resulting from the grant program, the Roundtable is a frequent and influential publisher on a variety of topics.